As the 2022 World Cup approaches, all eyes are on Qatar. Sporting the tagline “Expect Amazing”, the Qatar World Cup is transforming stadia HVAC as we know it with revolutionary cooling technology that defies the odds.

Many football fans were shocked by FIFA’s decision to award the World Cup to a country that experiences average temperature highs of 41.5°C during the summer months. Despite announcements that the tournament would take place during the winter months instead of the usual June to July, worries still remained regarding the conditions that both fans and players would meet upon arrival. The stadiums currently being constructed to host the World Cup feature cooling innovations that even industry insiders could barely dream of. But what cooling technology can we expect from Qatar 2022?

Could this be the stadia HVAC of the future?

Whilst several stadiums will play host to the Qatar World Cup, it was the design of the Qatar Foundation Stadium which first brought cooling to global headlines. This particular stadium was the product of cutting edge research, and its cooling capabilities are reported to be the best in the world. Promising comfortable playing and viewing conditions, the Qatar Foundation Stadium features not only 40,000 seats but an innovative roof design. It has been specially engineered to slow the wind and reduce the presence of hot air.

The first cooled, open air construction of its kind, the stadium’s HVAC design was the subject of this piece from Construction Week:

The configuration of the roof cavity alters the momentum of the external wind without any energy input – ensuring that this process does not contribute to the carbon footprint of the stadium. Pitch and spectator terraces are cooled to the target temperatures; the players’ and spectators’ comfort levels will meet and exceed FIFA requirements and guidelines for safe play and spectating. The stadium cooling systems are supplied with chilled water from the existing Education City district cooling network.

Due to be completed this year, the Qatar Foundation Stadium brings district cooling innovations to the forefront, a move that is sure to impact stadia HVAC as we know it.

Is this the first time district cooling has been used? 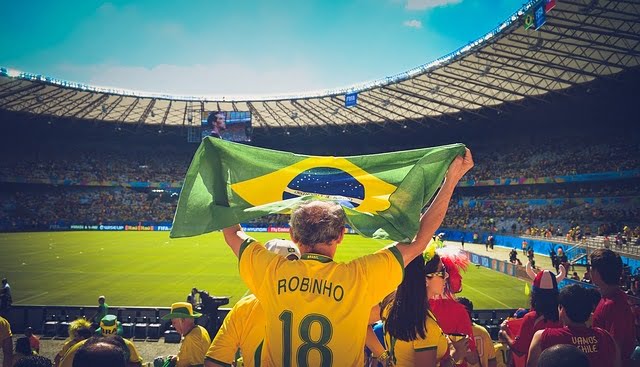 District cooling is no new thing, but its application in stadia is. District cooling was first seen in Finland, after a system was installed in Helsinki to make use of otherwise wasted heat resources from summer. This heat was used to power absorption refrigerators for cooling, whilst the same system used sea water to achieve the same cooling capabilities come winter.

The use of district cooling made its way to Sweden from there, before being applied by Cornell University in the United States. Since its introduction, district cooling systems have been installed in Switzerland, Canada, United Arab Emirates, Netherlands, India and now Qatar.

How do district cooling systems work?

District cooling systems use the latest HVAC technology to produce chilled water, steam or hot water at a central plant. Energy from this water or steam is then run underground or over rooftops to ensure spaces can be air conditioned or heated. Buildings cooled or heated using district cooling systems do not need chillers, air conditioners, furnaces or boilers as a result. District cooling is extremely efficient and as well as being environmentally sustainable, its use cuts capital and operating costs.

District cooling systems are transforming how large spaces, like Qatar’s World Cup stadia, are being air conditioned with excellent results.

Looking to embrace the latest cooling technology in your stadium? In the UK, there may be no need for district cooling systems, but installing a state-of-the-art, bespoke HVAC system certainly has its benefits. Find out more about our HVAC fit-out solutions for stadia right here.

Send us a message »

We are extremely happy to announce that our team has 1 more new member that has started this week. ... END_OF_DOCUMENT_TOKEN_TO_BE_REPLACED

Just one of Macair’s project’s team, currently working in partnership with #TheAustinCompany at the ... END_OF_DOCUMENT_TOKEN_TO_BE_REPLACED

We use Cookies to help us provide the best browsing experience for our visitors. By using our website, you agree to our use of Cookies. Learn More »